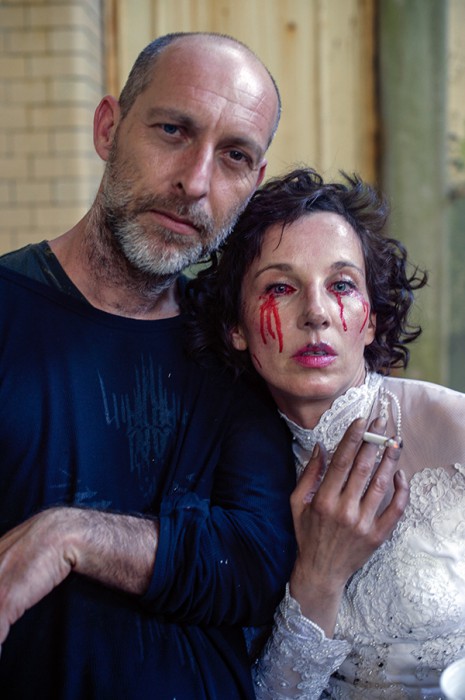 When Meret Becker asked Ralf Schmerberg to shoot a music video for her latest record “Deins & Done” he listened to the album and felt he had to make it a complete film.
He fell in love with the music so much that he knew he had to create a new format that
defied categorization.

The director remarks, “I knew I needed more space and time to express what I felt about Meret’s music. I wanted the emotional landscape that Meret has unfolded in her lyrics and music on film. Just a music video would never have been enough for me. I realized her story is my story and it’s your story. What she has put into her songs is the fight of love that we all experience sooner or later in our lives.”

Only a very small budget and a lot of enthusiasm equipped Meret Becker and Ralf Schmerberg to mobilize the proper support of friends who made a lot more possible
beyond a typical film budget.

“I am moved by all the support people have given us. The film has an unbelievably beautiful cast of actors who performed for free, as well as a great crew who worked unbelievably hard for no money… for many days, with little sleep. I know we went to the limit of what is possible and beyond. Looking back at the shoot today makes me feel a little romantic.
Now my life feels boring after having lived in a utopia, which is what making Meret —
Seven Deaths of a Bird became for us.”